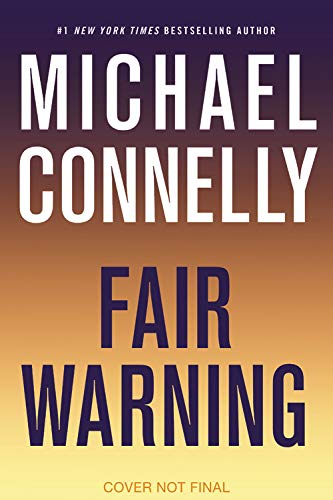 The hero of The Poet and The Scarecrow is back in the new thriller from #1 New York Times bestselling author Michael Connelly. Jack McEvoy, the journalist who never backs down, tracks a serial killer who has been operating completely under the radar--until now.
Veteran reporter Jack McEvoy has taken down killers before, but when a woman he had a one-night stand with is murdered in a particularly brutal way, McEvoy realizes he might be facing a criminal mind unlike any he's ever encountered.
McEvoy investigates---against the warnings of the police and his own editor---and makes a shocking discovery that connects the crime to other mysterious deaths across the country. But his inquiry hits a snag when he himself becomes a suspect.
As he races to clear his name, McEvoy's findings point to a serial killer working under the radar of law enforcement for years, and using personal data shared by the victims themselves to select and hunt his targets.
Called "the Raymond Chandler of this generation" (Associated Press), Michael Connelly once again delivers an unputdownable thriller that reveals a predator operating from the darkest corners of human nature---and one man courageous and determined enough to stand in his way.
›› view customer reviews from Amazon

Hardcover
Welcome back to Camino Island, where anything can happen—even a murder in the midst of a hurricane, which might prove to be the perfect crime . . .   Just as Bruce Cable’s...
›› read more
$25.99 details
Buy at Amazon
Masked Prey (A Prey Novel)
John Sandford

Hardcover
After finding himself caught up in one of Louisiana’s oldest and bloodiest family rivalries, Detective Dave Robicheaux must battle the most terrifying adversary he has ever...
›› read more
$28.00 details
Buy at Amazon
Near Dark: A Thriller (20) (The Scot Harvath Series)
Brad Thor

Hardcover
Stone Barrington must some fend off some very dangerous enemies in the pulse-pounding new thriller from #1 New York Times-bestselling Stuart Woods.
›› read more
$25.20 details
Buy at Amazon
The Boy from the Woods
Harlan Coben

Hardcover
A man with a mysterious past must find a missing teenage girl in this shocking thriller from the #1 New York Times bestselling author of Run Away. Thirty years ago, Wilde was...
›› read more
$20.30 details
Buy at Amazon
The Evening and the Morning (Kingsbridge)
Ken Follett

Hardcover
From #1 New York Times bestselling author Ken Follett, a thrilling and addictive new novel--a prequel to The Pillars of the Earth--set in England at the dawn of a new era: The...
›› read more
$31.34 details
Buy at Amazon